Editor’s note: This article is the abstract of the presentation given at the 24th Conference “Danube – River of Cooperation”, held on September 24 2013 in Belgrade.

The waterway Danube-Morava-Vardar-Aegean Sea is multifunctional project of high importance for the Republic of Serbia since the basin of the river Morava covers a significant part of the territory, including its largest cities, main corridors, population, agricultural land etc. Regulation of the river Morava and its tributaries by constructing the flood protection system, irrigation system, using their waters for water supply for surrounding cities and industries, exploitation of hydro energetic potential etc. would bring a lot of benefits to the development of whole Republic. Moreover, the construction of navigable waterway from Danube to Thessaloniki would be the shorten route Belgrade – Thessaloniki for approximately 1200 km if compared to the route running by the Danube, the Black Sea to the Aegean Sea, while the river and canal transport, in general, has a lot advantages over rail and road traffic such as considerably low transport costs, large capacities, reduced number of employee, big advantages in loading and discharging, storage and maintenance of various types of goods and their safety in transit. Connected with the European canal network and Rhine-Main-Danube artery, the Morava-Vardar/Axios canal will have a great influence on the increase of economic benefit of the eastern and western Europe. 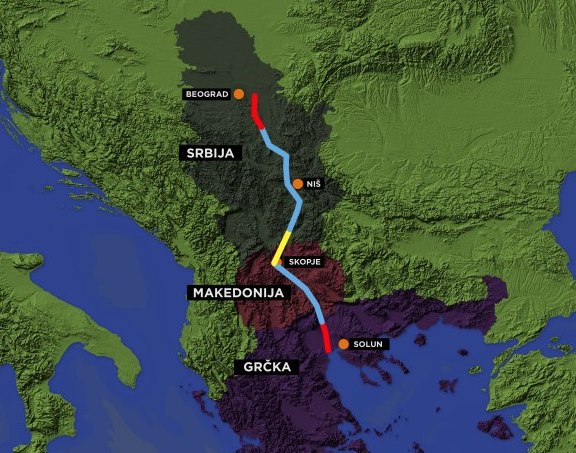