Authors: Edita Stojić Karanović and Enisa Imamović, Volunteers of the International Scientific Forum “Danube – River of Cooperation” and coauthors of the item on Serbia for the World Environmental Chronology.

Editorial Notes: Today, March 23rd on occasion of the World Meteorological Day 2014 on the Facebook page of the International Scientific Forum “Danube – River of Cooperation” we shared the inspired speech of Michel Jarraud, Secretary General of the World Meteorological Organization. We were inspired with his speech to write o short article derived from our longer text with which we contributed to the World Environmental Chronology to be published later this year. As Professor Harutoshi Funabashi, the Chairmen of Editorial Committee of the World Environmental Chronology stated, this collective handbook written in English on the environmental chronology of individual countries encompass the period from the industrial revolution to the first decade of the 21st century. The project aimed to collect and publish chronology on specific topics in environmental problems and on a broad range of environmental issues of each country around the world.

World Meteorological Day this year is dedicated to the promotion of national meteorological services for monitoring and forecasting of climate and assessment of climate change impacts on human health, natural resources and economy. These issues we were elaborated in our paper and book published in Serbian language. ((Stojić Karanović, Edita. Sretenović Mihailo, Imamović Enisa (2011) Beogradske perspektive održivog razvoja i klimatskih promena. In: Edita Stojić Karanović (Ed.) Beogradske perspektive održivog razvoja i klimatskih promena, Beograd: Međunarodni naučni Forum “Dunav – reka saradnje”, 13-32)) But here we will focus on the beginnings of the meteorological observations in Serbia. 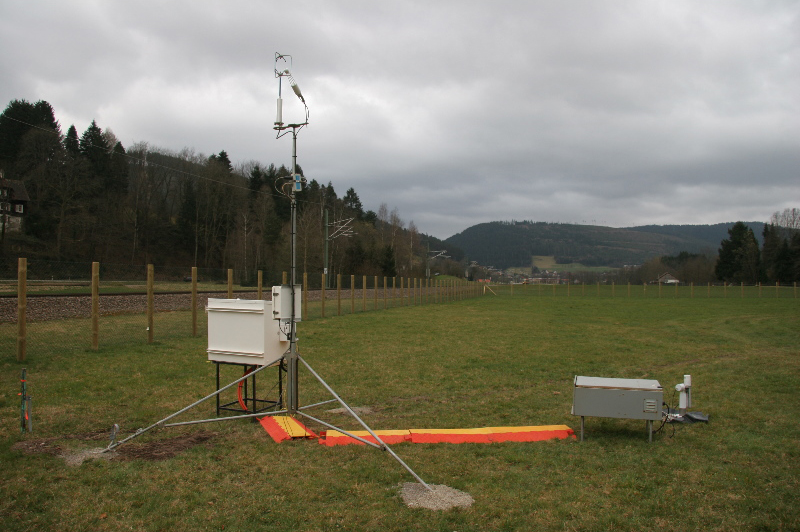 Meteorological Observations in Serbia started with Vladimir Jakšić (1824-1899), professor at Lyceum. He was the first statistician, meteorologist and climatologist who started the history of weather observations in Serbia. In January 1848 he began regular measurements of temperature, humidity, rain, wind speed and air pressure in his home in Senjak, Belgrade. ((Janc, N. (1996) Vladimir Jakšić – osnivač meteoroloških stanica u obnovljenoj Srbiji. in: Pola veka nauke i tehnike u obnovljenoj Srbiji 1804-1854, Kragujevac, 169-178)) In the next years his example was followed in other towns of the country, so that by the end of 1856 a network of well-organized meteorological stations became operative in 20 towns around Serbia. With additional meteorological stations established during 1857, the network was now operating in 27 towns across Serbia. This was the densest network in Europe at the time. ((History of Meteorological Observations in Serbia [Istorijat meteoroloških osmatranja u Srbiji] http://www.meteoplaneta.rs/2011/04/19/istorijat-meteoroloskih-osmatranja-u-srbiji/))

Under the leadership of Professor Milan Nedeljković (1857-1950) the Belgrade Observatory was founded in Belgrade on March 26th 1887. Later it became the central institution for data collection from around the whole Serbia. Three months of preparatory work for operational use of a rather provisional observatory was started. ((Opra, L. (1998) Milan Nedeljković. in: Život i delo srpskih naučnika, knjiga 3, SANU Beograd, 131-174)) The provisional observatory started operations with data being recorded seven times during the day at the hours of 04, 07, 10, 13, 16, 19 and 22. Hourly observation began after seven years. These hourly measurements continued from 1894 until the World War I, more specifically until the end of June 1914, with a brief interruption between 1899- 1900. ((History of Meteorological Observations in Serbia, op.cit.)) In 1888 Dr. Vladan Đorđević, the Minister of Education and Religion at the time, accepts the request of Prof. Milan Nedeljković and issues a decree to establish a unified network of meteorological stations in the Kingdom of Serbia. This marks the foundation of the Serbian National Meteorological Service. ((Opra, L. (1998) op.cit.))

In 1907 geographer Dr. Pavle Vujević (1881-1966) – the founder of modern climatology in Serbia, is appointed as Assistant Professor of Climatology and Meteorology at the Faculty of Philosophy in Belgrade. This was of great importance for the development of meteorology and climatology in Serbia. Vujević had lectured in a number of geographic subjects. At the same time, he was also processing measurements that were then theoretically analysed, greatly contributing to climatology, and especially to micro climatology. ((Dukić, D.Ž. (1966) Život i rad Pavla Vujevića. Glasnik Srpskog geografskog društva, vol. 46, br. 2))

After the Second World War, in January 1947 the Federal Hydro-meteorological Institute (FHMI) is founded by the Regulation of the Government of Federative People’s Republic of Yugoslavia, unifying the hydro-meteorological service of the entire country. The country consisted of same areas as the former Kingdom, but reorganized into a federation of multiple republics. Representatives from the FHMI signed the Convention on the establishment of the World Meteorological Organization (WMO), on September 22 1947 in Washington D.C. The Convention was ratified on March 3, 1950. In this way, the FHMI kept its affiliation with the international organization even as its headquarters was changed from the International Meteorological Organization to the WMO. ((Hidrometereološki zavod Srbije http://www.hidmet.gov.rs/ciril/orhmz/istorija.php))