Editorial Notes: The International Scientific Forum “Danube – River of Cooperation” (ISF”DRC”), the interdisciplinary association of experts and researchers devoted to promoting international cooperation in the field of sustainable development and sustainable use of natural, cultural and historical resources in the Danube Basin, will hold its 27th traditional autumn international conference on October 14-15, 2016. We are publishing here the text of the presentation prepared for our conference by Robert Brears, the Author of Urban Water Security (Wiley), Founder of Mitidaption and Mark and Focus.

Challenges to urban water security in Europe and the Danube region

There are numerous climatic and non-climatic challenges to urban water security in Europe and the Danube region:

The costs of increasing water supply

Traditionally, cities facing increased demand for water, along with variable supply, have relied on large-scale, supply-side infrastructural projects such as dams and reservoirs to meet increased demand for water. This is termed ‘supply-side’ management. However, supply-side management is costly in economic, environmental and political terms. Economically, water has to be transported over long distances increasing the costs of transportation. Additionally, the water is often of inferior quality and so requires additional treatment for potable consumption, increasing energy as well as chemical costs in water treatment plants. Environmentally, large-scale diversion of water disrupts the health of waterways that support aquatic ecosystems. Politically, because the vast majority of water is transboundary, ‘importing’ water creates political tensions with other water users, irrespective of whether they are located in the same country or not.

Urban water security – the ability of an urban population to safeguard sustainable access to adequate supplies of good quality water – can be increased through demand management, which involves the better use of existing water supplies before plans are made to further increase supply. In particular, demand management promo­tes water conservation, during times of both normal conditions and uncertainty, through changes in practices, cultures and people’s attitudes towards water resour­ces that aims to: reduce loss and misuse; optimize water use by ensuring reasonable allocation between various users while taking into account downstream users, both human and natural; facilitate major financial and infrastructural savings for cities; and reduce stress on water resources by reducing unsustainable consumption levels.

There are two types of demand management instruments available to cities to achieve urban water security: economic and regulatory instruments and communication and information instruments.

Economic and regulatory instruments including the pricing of water to lower consumption levels; subsidies and rebates for the uptake of water-efficient technologies; retrofitting of new or existing developments with water meters and water efficient devices; enforcing reductions of unaccounted for water (UFW) and product labeling of household appliances’ water efficiency.

The Water Efficiency Management Plan Program requires all businesses using more than 20,000 million liters of water a year to complete a Water Efficiency Management Plan (WEMP) to help save water. The program involves businesses detailing water saving actions and initiatives and providing annual progress reports about their efforts. As part of the program a WEMP includes:

Once the WEMP is submitted and accepted the plan is valid for 5 years. However, if the business changes ownership or water use increases significantly a revised WEMP may need to be submitted.

Over the past few summers, the San Francisco Public Utilities Commission (SFPUC) has implemented a head-turning water conservation strategy that involves using bold, risqué, multilingual water conservation advertisements to change the behavior of water users in the city. The SFPUC’s racy public awareness advertisements, featured in or on newspapers, bus shelters, buses and billboards, were designed to get the heart racing with creatively crafted messages that blare out for customers to ‘’Jiggle it’’ when looking for leaks, ‘’Make it a quickie’’ when having a shower, and ‘’Doing it’’ by replacing old toilets and getting paid for it.

Case 4: Dubai’s push to save water (and energy)

Over the summer period, the Dubai Electricity and Water Authority (DEWA) ran its ‘Lets make the summer green’ program to promote the rational use of water, as well as electricity during the sweltering hot months. The program, launched via social media channels as well as other audiovisual media channels, provided customers with tips on how to fix water leaks, install drip irrigation systems as well as encourage the setting of AC systems to 24°C. In addition, DEWA’s Conservation Team organized lectures and field visits to government organizations and departments, private companies, malls and union centers to raise awareness on the importance of rational use of water and electricity.

With urban water security in the Danube region challenged by numerous climatic and non-climatic trends water utilities can implement a variety of demand management strategies in an attempt to achieve urban water security that include economic and regulatory tools and communication and awareness tools. Specifically, water utilities can: develop pricing systems that encourage the wise use of water (and associated resources from treating wastewater); mandate or encourage large non-domestic users of water to develop water efficiency plans that not only reduce demand for scarce water but also increases efficiency of the business; implement catchy advertisements to encourage a change in behaviour towards scarce resources with messages conveyed across traditional forms of media (newspapers, magazines etc.) as well as social media to reach a wider segment of the population; and develop conservation programmes that go out to the public and educate them of the benefits of saving water. 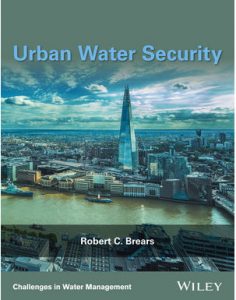 In the 21st Century, the world will see an unprecedented migration of people moving from rural to urban areas. With global demand for water projected to outstrip supply in the coming decades, cities will likely face water insecurity as a result of climate change and the various impacts of urbanisation. Traditionally, urban water managers have relied on large-scale, supply-side infrastructural projects to meet increased demands for water; however, these projects are environmentally, economically and politically costly. Urban Water Security argues that cities need to transition from supply-side to demand-side management to achieve urban water security. This book provides readers with a series of in-depth case studies of leading developed cities, of differing climates, incomes and lifestyles from around the world, that have used demand management tools to modify the attitudes and behaviour of water users in an attempt to achieve urban water security.