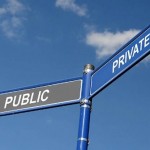 Period in Serbia before the transition process (war, crisis, sanctions) was not in favour of proves of privatization. All mentioned events have lowered the rating of Serbia for potential investors. This reduced the “profitability” of the state and society that gained during the process of privatization. Such political climate at the start cancelled comparative advantage of Serbia considering other countries in transition.
Insight into the process of privatization and benefit from the privatization process had only politicians, “large shareholders” and other “stakeholders of Serbia company”. Most of “regular” workers, as if they never have worked and invested in these state-owned enterprises, have become unusable resources without a long-term and sustainable plan for their employment after privatization process. An environment in which the citizens awareness that each state-owned enterprises is partially theirs is annulled, has led to their complete passivity. It is possible to conclude that the biggest profiteers of privatization are: those who had access to “fresh” information, those who had the money and knew people at the source of information and foreign companies that have taken advantage of political and economic situation, and at relatively low prices attain enterprises and attractive locations.