this is part 4 of the series Regional Cooperation within the Sava Commission for Sustainable Development of Bosnia-Herzegovina; see Part 1, Part 2, Part 3

The positive developments have taken place in the co-operation processes initiated within the Stability Pact for South Eastern Europe over the years. The South-Eastern Europe countries began the new phase of “regional ownership and responsibility” for regional cooperation. The Stability Pact has been transformed into the Regional Co-operation Council (RCC), in order to reflect the increased maturity of the region. This new regionally owned cooperation framework, the RCC, was officially launched at the joint session of the final meeting of the Stability Pact Regional Table and inaugural meeting of the Regional Co-operation Council, in Sofia, on 27 February 2008. The Joint Declaration on the Establishment of the RCC was adopted and the RCC first Annual meeting took place on 28 February 2008, with the support from South Eastern European countries, donor countries and the European Commission. The main task of RCC is to be a facilitator of regional co-operation and support the European and Euro-Atlantic integration. With Secretariat located in Sarajevo, Co-operation Council focus its activities on six areas which the countries of the region have already identified as those where regional co-operation will be beneficial to all: Economic and social development; Infrastructure; Justice and Home Affairs; Security Co-operation and Building Human Capital (BHC) with Parliamentary Co-operation being an overarching theme that is linked with each of the other areas.

Under the auspice of the RCC, a remarkable improvement has been made in the FASRB implementation in the last few years. The new Strategy on the Implementation of the FASRB and Action Plan for the Period 2011-2015 have been developed in order to synchronize these achievements with a relevant process on the Danube and European levels. In order to acknowledge and support the new Strategy on the Implementation of the FASRB, the Third Meeting of the Parties to the FASRB, held on May 31- June 1, 2011, at Brdo, near Kranj, in Slovenia. At the meeting, the Parties also expressed a high-level commitment for the new phase of cooperation. This phase of the transboundary cooperation in the Sava River Basin is characterized by the new initiatives in the field of navigation, flood protection, pollution protection, climate change assessment, sediment management, transboundary impacts to the FASRB, economy etc.

A steady progress has been made in the planning of the rehabilitation and development of navigation on the Sava River waterway. The Sava Commission finished the Feasibility Study and Project Documentation for the Rehabilitation and Development of the Transport and Navigation on the Sava River Waterway. In accordance with the Strategy on Implementation of the FASRB, Work Plan of the ISRBC for the year 2010 and the Program of Work of the PEG NAV, the Album of Bridges on the Sava River and its Navigable Tributaries was created. The Album provides reliable information on the bridges and their navigable openings necessary for navigation. It should be noted that the updated Album, in digital format, will be permanently available on the ISRBC web presentation.

Since erosion, transport and sedimentation processes have significant economic, social and environmental impact, sediment management is an important component of sustainable water resources management. For purpose of the preparation of an efficient sediment management plan for the SRB in accordance with the Sava RBM Plan, the Protocol on Sediment Management to the FASRB, has been prepared.

In terms of economy the important project of regional economic cooperation has been launched. The Chambers of commerce have initiated the project Economic Region in the Sava River Basin, which comprises a market of about 6,9 million people and around 140.000 companies. The project officially began by signing the Protocol for regional cooperation, between seventeen Chambers of commerce, in April of 2007 in Šabac, with a representatives of the European Union, diplomatic core and the ISRBC presents. The Protocol defines the general principles and areas of cooperation including the development of economic relations, infrastructure, environmental protection, tourism and merging of science and practice.

One of the first products of this project of regional economic networking is the creation of the Sava – nautical and tourist Guide, which is based on the Agreement from 4th August, 2010, signed in Belgrade by representatives of regional Chambers of commerce. Published in several languages, the Guide contains an abundance of information about cultural and historical monuments and tourist offerings along the Sava River’s entire course. It aimed to promote not only the nautical tourism but also the Sava River Basin as a tourist destination, including agro-tourism and eco-tourism. The preparation of a project of on strengthening the contribution of the small and medium enterprises to sustainable development of the Sava River Basin has been launched too.

The ISRBC participates in the project Waste Management for Inland Navigation on Danube (WANDA), which aims to ensure the protection of the Danube Basin from the pollution. Within EU Strategy for the Danube Region, Slovenia and Croatia are preparing a Pilot project of the cross-border Sava River section Krško-Zagreb, with aim to extand it upstream and downstream of the river and to its tributaries. ((International Sava River Basin Commission, SAVANewsFlash, official bulletin, no.8/December 2011.p. 3.))

Keeping in mind an undeniable fact that there is no life without water, it should be recognised that the inhabitants of the Sava River Basin are all responsible for the well-being of waters in basin. Therefore, it is important to provide public participation in the river basin management, which is also required by the EU WFD. In this regard a project Enhancement of the Stakeholder Involvement in the management of the Sava River Basin –towards the Establishment of the Sava Water Partnership, is of particular importance. The project is financed by the EU, UNESCO; GWP-Med and ISRBC, includes the preparation of Stakeholder analysis and a Feasibility study for the establishment of a Sava Water Partnership (SWP). To ensure public participation, the ISRBC has been created a wide range of mechanisms for information and consultation, such as the official web site, official bulletin (the SAVA News Flash), its promotion material and publications, press releases, press conference, celebrations of the Sava Day, conferences and other meetings.

In order to enhance a further cooperation with Montenegro, a several official contacts between the ISRBC and this country have been made. Montenegro expressed the interest to become a Party to the FASRB in due time and the ISRBC has addressed to Montenegro a proposal on transitional possibilities of cooperation till the expected full membership.

Next week the final installment … 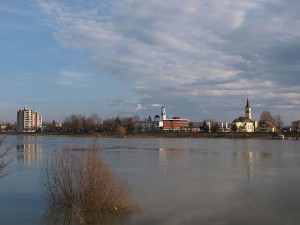