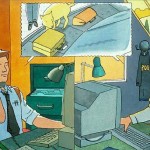 The eleventh priority area in the Danube Strategy which is formulated in January 2012 is the promotion of the security and the fight against cross-border organized crime. Enhanced intensity of the regional police relations is essential in order to combat security threats, but also for the construction a stable region. The Balkans is one of the major importers of “soft” security threats within the EU, as well as the well-known route used by organized criminal groups for various criminal activities. Balkan route is the main route for smuggling heroin into which are the most used waterways and land routes. In the future regional security in the Balkan countries will depend on mutual cooperation between states and governments in fighting organized crime.

END_OF_DOCUMENT_TOKEN_TO_BE_REPLACED

The authors of this paper indicate the uniqueness and specificity of the Danube River provides all the countries of the Danube region. The need to raise the level and quality of cooperation among all countries in the Danube region within the European Union with a special focus on Serbia. At the same time, the paper presents the analysis of current issues contained in the policy documents and proposals are given in terms of further improving the institutional capacity within the European Union.